It will only take a few minutes for some of these great speakers to get you inspired. So relax, and watch.

This is one to watch, because Itay is witty, because the music is beautiful and because he teaches wonderfully the nature of the special relationship between a conductor and his orchestra, the catalyst that makes it all happen. But I especially like this one because Itay draws a close correlation between successful leadership and joy, the joy of being responsible for creating the conditions in which beautiful stories can be told, the joy of being part and partner of this process and having the freedom and obligation to contribute to it personally, and the joy of doing something beautiful together. If you like this, check out Bernstein video below, he was Itay’s mentor and a remarkable teacher.

Stefan Sagmeister: The power of Time Off

Stefan reminds us the power of freedom. As I am still entangled in the self limiting belief that the good fairy of Creativity passed my crib rather hastily, I am always fascinated to hear others, artists, designers, musicians, writers, be generous enough to share their creative process. It’s kind of like a magician that would let me in on how he can pull a dollar bill out of my right ear. Only that never happens, and it would probably be quite disappointing. Creativity, on the other hand, is real, and forges our reality, but it can not be mastered nor controlled by external agendas. This video got me thinking. In a former life I come from a world where you talked about “tenure”. As much as I like to think that’s one prison I somehow broke out of, more than often I lack patience with what I want to achieve. On my wise days, I realize that it’s actually the impatience that’s really slowing me down. When you look back and connect the dots, moments you thought were lost can turn out to true cornerstones of renewal. So maybe we should start giving time to lost time. Stefan gives logical, creative, joyful and even financial meaning to the power of time off.

Sheryl Sandberg: Why we have too few women leaders

Sheryl Sandberg has it all, she’s made it to the board of Facebook, a company whose reputation is not entirely gender friendly, she’s a Harvard Business graduate, she’s smart as a wip, has a fantastic pair of legs, a good sense of humor and, last but not least, she has 2 children she seems to be doing well for. So, as women, we all make different choices in our career paths and Sheryl may not impersonate  your choice, but we can grant her she is a figure who can give us some food for thought. If not more.

When I was wondering why I had liked her talk so much I was reminded of the contrasting example of a women commenting her career track as a newly appointed partner in a strategy consulting firm. Photographed next to her husband and 2 kids on a perfectly lovely corporate brochure, she stated impressively, using a sentence that was meant to become one of those ideas that stick : “It’s not “or”, it’s “and”. You don’t have to chose.”. A career and a family. Just get it right. And on she went about how it was to be done. How she had done it and just how great it had been. Telling us all how to get it right. Now any woman who has worked in strategy consulting, and as much as I recall, this woman in particular, knows just how uncandid that clear-cut statement was. The creepy-woman-partner (let’s cut it down to CPW for short) was stating her own example while withholding the interesting side effects of the glory of the A4 brochure, side effects she had to deal with such as endless nights, a frustrated and bitter husband, and needy kids who hardly recognized her anymore when she woke them up at 11pm to say good night. As a consequence, not only did her idea not stick, but her words ended up giving the exact opposite message and forging a very different image for herself than the one she was aiming. By photoshopping the difficult, doubt-sticken and concession-ridden path she had bravely travelled to achieve partnership, she had become a fraud, not an example, not a mentor, not even as someone to work for. And unhelpful to other women.

So let’s take this back to Sheryl: It strikes me as the first reason she earns the credibility to speak up for women leadership is not so much her all-star-no-mistake track. However efficient linear tracks may be, I’m not certain they are all that inspirational. What make Sheryl highly credible is that, though she’s a ranks as a straight A+ on most success panels, she’s not trying to feed us any BS  about doing it all, doing it better, doing it in high heels and a laced-up bra, in between parent-teacher conferences and among the jocks in the board room. She’s cut out the crap. She’s being honest. And it’s nice. It’s surprisingly refreshing. Sheryl, who, needless to point out, is standing high and strong on top of the corporate roller coaster, starts with the humble, obvious truth, “I don’t have the the right answer, I don’t even have it for myself. This is hard.” This is hard. Universally hard. Never does she refer to herself as a role model, above the suffering crowd of women desperately fighting to get it right, the career, the kids and the guilt trip that goes with it. She happily admits to the guilt, to the macho meetings, and to being somehow part of the problem as much as she would like to be part of the solution. She doesn’t tell you it’s easy, or what a ball it’s been, but what she does do is share what she has seen and experienced on her way up to give us three key messages, ones we are therefore keen to listen to, ones that stick. Sit at the table. Make your partner a real partner. And don’t leave before you leave. The fact these messages are wisely-argued, well constructed, and relevantly illustrated, is of importance, but without the sincerity that accompanies them, I for one, would not be listening.

“I wish the answer was easy. I wish I could tell all the young women I work for : Believe in yourself, negociate for yourself, own your own success. But it’s not.” As she rightly points out, there’s no debate there is a clear negative correlation between leadership and likability for women, whereas that correlation is positive for men. Perhaps it’s because this piece of the puzzle is the one that really upsets her, that Sheryl doesn’t lead us to push the thinking one step further as to explore the Why? Why are women leaders not always very likable, for men and women alike? Why is it that years later, CPW still gives me the creeper jeepers? Sheryl’s right. Likability is a true subject. We seek role models in people we like. And if we don’t like our women leaders, we’re just not going to look up and get that inspirational upward tug that gets women closer to the corner office.

We all know a few too many CWPs. However, importantly, though the stats may clearly lean in one direction, even within the same industry and the same firm as my very own CPW, many other women gift us with exemplary exceptions. We have all been influenced by strong women leaders who have triggered our ambitions and irradiate a joyous trustworthiness. Though no one can deny there are too few and that a strong increase in there numbers would certainly make the world a healthier place. So, in addition to sincerity, what makes Sheryl as well as all our very own women role models different from all the CWPs of this world? If we crack that, we may crack the 30% step to gender balance in leadership. Research has yet to contribute an answer. In the meantime, I find it it’s ironic that the only mistake in Sheryl’s otherwise-no-mistake-all-star speech, closed the last hesitation concerning her own likability. Listen in for Sheryl’s small language slip, “I wish I could tell the women I work for“: Not “the women I work with“, or even “the women who work for me“. This small bug gives her bucketsful of the likability she is desperate to see in other women leaders. It may not answer be the answer to Why? but it may actually start etching the an answer to How? How to be a strong likable women leader. Women who are paving the way for other women, effectively putting themselves up there to help make a break through for all women, for our daughters, women who are not just watching out for their own while yearning for mentor legacy and recognition, these women of exception get a strong likability score in my book.

Derek Sivers: How to Start a Movement

Seth Godin: on Standing out

Professor Sumantra Ghosal on The Smell of the Place 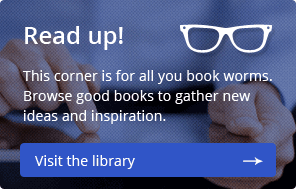 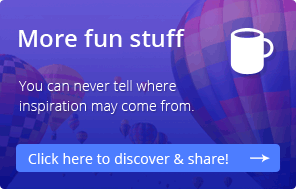 Be part of the conversation

Leave a message for Domitille